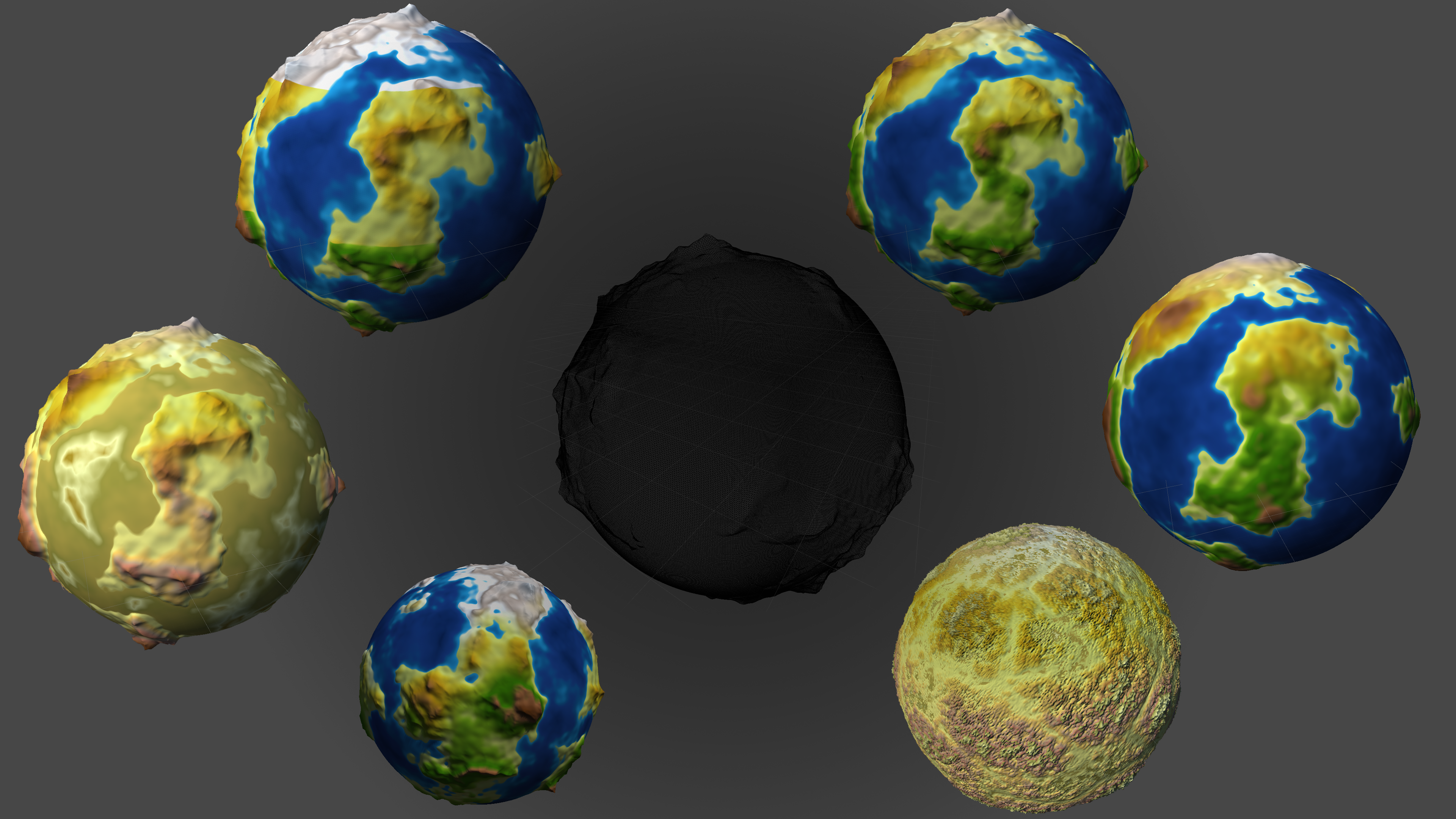 As I’ve touched on before, procedural environment and terrain generation has always been an interest of mine. During my undergraduate degree I created a real-time terrain generator that used mid-point displacement to generate terrain tiles that could be stitched together.

Since then, I have played around with procedural terrain generation in various different programming languages and platforms; I’ve seen a lot of intersting tutorials, projects and videos created by others that have peaked my interest. One of these being Sebastian Lague’s series on “Procedual Terrain Generation” and “Procedural Planet Generation”.

I recently took Sebastian’s example project and began playing around with it myself to see if there were simlar elements that I would like to use for my Extent project.