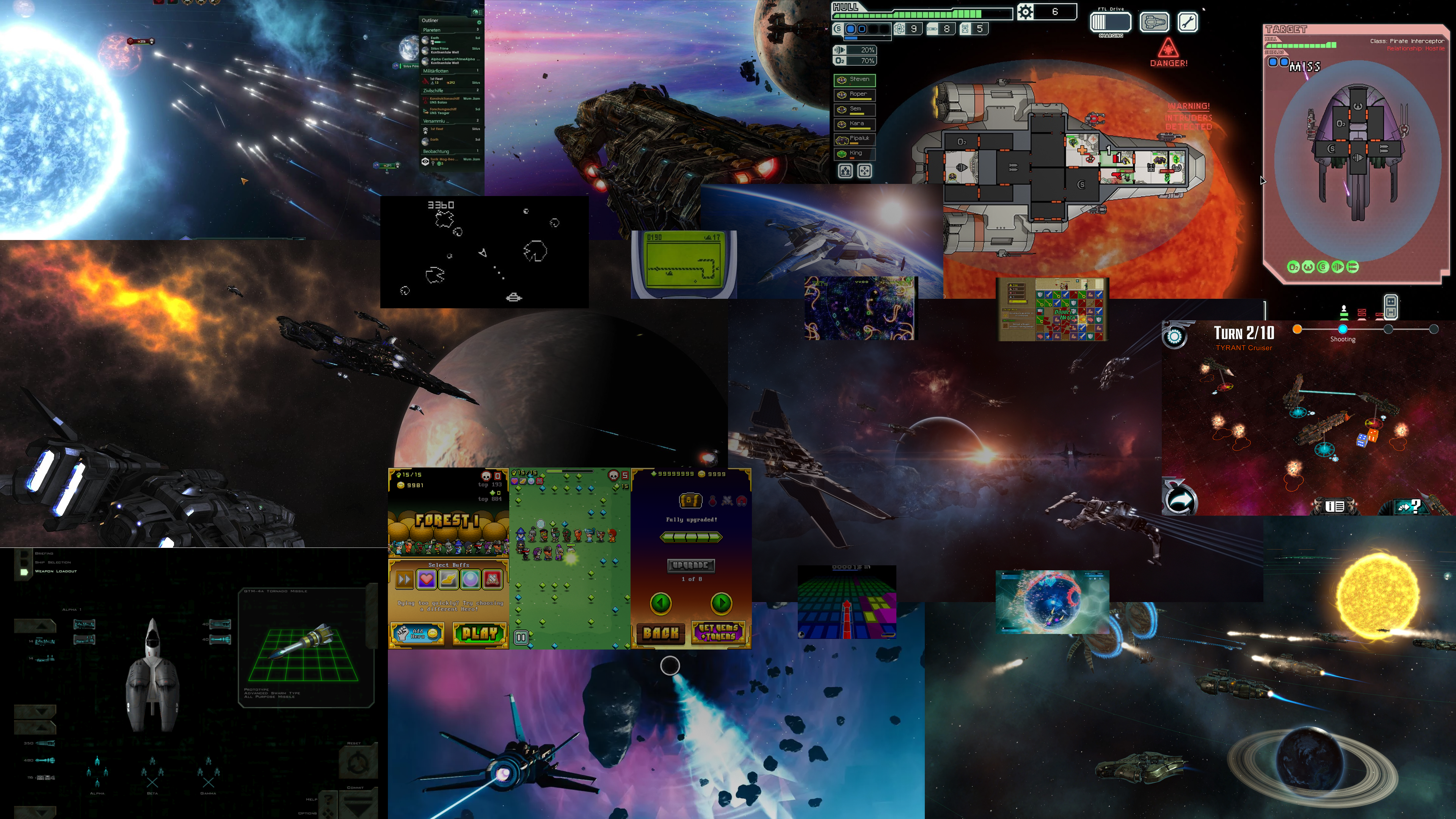 Some years ago I played a phone game called Nimble Quest. I really enjoyed its Snake-style gameplay and RPG elements and have always wanted to make a similar styled game myself (see Nimble Quest gameplay below).

So I have decided to embark on a new project; to make a space-themed Action RPG.

I have chosen to set the game in space because I have always had an interest in space and astronomy, as well as the procedural generation of things such as planets and terrain; in fact my undergraduate dissertation project involved generating terrain in real-time.

Space affords plenty of new areas of procedural generation to explore and whilst I hope to base these procedural systems on real science, they will still be fairly basic. As the properties of planets and the space environment will link closely with the overall asthetic and art style for the game; keeping things simple will help me to get things done.

I have been gathering ideas and references for interesting gameplay that I would like to explore. Most people are familiar with the game Snake; where the player’s character grows in length when eating collectables, eventually effecting how the player moves around the environment. The video below is a more modern version of Snake that also adds interesting platforming elements to the gameplay.

Nimble Quest has similar gameplay and although it is an important influence, I’m not looking to carry the gameplay through into my game; though collecting characters and adding them to the conga chain works very well in Nimble Quest.

In my game, the player will command a single ship. The vessel may vary in size and speed and ideally, would be constantly moving. Movement will be restricted to two dimensions.

It is too soon to rule out any specific movement mechanics. The feel of the ship’s movement and how it responds to user input during combat and exploration, is the most important aspect of the game and will take a lot of iteration.

I hope to create a compelling exploration and crafting/technology system. For example, planets and locations will have resources or items that the player can extract and use to customise combat and exploration via ships, weapons and tools systems.

I will clarify my ideas later in a design doc, but for now, here are some loose ideas/goals: